April showers bring May flowers, and what do May flowers bring? Great movies and TV shows to watch on Netflix, that's what. The world's top streaming service is adding some great content to watch as quarantine enters its second month. Our picks include 's documentary , the new season of cult comedy , cinematic musical drama miniseries , an interactive special, and much, much more. For a complete menu of options, check out the full list of . You can also see . If you're looking for even more hand-picked recommendations, take a look at out , which has everything we're watching. The Best Netflix Shows and Movies in May Hollywood Hollywood Premieres : May 1 This splashy limited series comes from and and tells the story of a group of aspiring actors and writers trying to make it in Tinseltown right after World War II. But it's a tough business to break into, and these boys have to work in the service industry to make ends meet, if you know what I mean. It's a revisionist history of the Golden Age where the dark side of the Hollywood dream isn't quite so dark. Sex is a flashlight, baby! () Michelle Obama, Becoming Premieres: May 6 The Obamas have put their names on a few documentaries as part of their lucrative Netflix deal, like American Factory and Crip Camp , but now they're finally stepping in front of the camera. Becoming , from director Nadia Hallgren, follows on her 34-city book tour to promote her 2018 memoir of the same name. That's right, Michelle Obama is entering the tour documentary genre. It's the First Lady's . Do you think Michelle Obama ever has to tell herself, "," like Thom Yorke did? () Workin' Moms Workin' Moms Premieres : May 6 Season 4 of this Canadian sleeper hit comedy is coming to Netflix in May. Kate (creator ), Anne (), Frankie (), and the rest of the gang are back for another season of brutally honest jokes about motherhood. This season, the kids are a little older, which brings new problems, like keeping them safe while giving them a little more independence, on top of the usual problems of underperforming husbands and work-life balance. () Christina Applegate and Linda Cardellini, Dead to Me Dead to Me Premieres : May 8 Season 2 of this delicious dramedy will pick up where Season 1 left off --- no spoilers here, but let's just say someone isn't just Dead to Me , they're actually dead. But the real selling point of this show is the great chemistry between series leads Christina Applegate and Linda Cardellini, who are in deep doodoo as they try to cover up the murder. They're not in Snow White , they're in Scarface , which neither of them have seen. () The Eddy The Eddy Premieres : May 8 and director goes back to the jazz world for this limited series about the characters who populate a struggling club in Paris run by an American pianist who was once a star but has turned his back on his gift, played by . It also stars , , and , and is written by outrageously prolific playwright/screenwriter/TV producer . It's chockfull of original music by and Randy Kerber. Ellie Kemper,Unbreakable Kimmy Schmidt: Kimmy vs. the Reverend Unbreakable Kimmy Schmidt: Kimmy vs. the Reverend Premieres : May 12 They interactive, dammit! One of Netflix's OG comedies gets a final farewell in the form of a funny Bandersnatch . The series ended last year, but Kimmy () is back for one last ride as she tries to foil her former captor, the Reverend's (), nefarious plan and make it to her wedding on time. The special also stars , , and , along with guest star as Prince Frederick Windsor, 12th in line for the British throne. It's a technological miracle! () Justin Willman, Magic for Humans Magic for Humans Premieres : May 15 Season 3 of this delightful magic show brings more tricks and more treats. Magician riffs on the idea of in a way that sort of makes him feel like the Nathan Fielder of magic. We have no idea how he's going to top last season's green screen bodysuit gag, but we can't wait to see what he comes up with. (No trailer yet) Patton Oswalt,I Love Everything Patton Oswalt: I Love Everything Premieres : May 19 The prolific actor and comedian is back for another stand-up special about embracing his 50s. That's right, the guy who once said "" is embracing a positive mental attitude. And this special has a pretty novel gimmick: a post-credits sequence that's another hourlong special entirely, from comic Bob Rubin, presented by Oswalt. Netflix is in a generous mood. (No trailer yet) Adam Sandler, Uncut Gems Uncut Gems Premieres : May 25 The Safdie Brothers' masterpiece of anxiety arrives on Netflix in May. stars in the thriller as Howard Ratner, a diamond dealer with a serious gambling problem and serious gambling problems. He owes money all over New York City, but he's going to pay it all off with a big score, using the proceeds from the sale of an Ethiopian opal with quasi-mystical powers and a reckless bet on the Boston Celtics. Things start out bad and very, very quickly get way, way worse. If you like movies that make you feel completely insane, you'll love this. () Want to know what else is coming to Netflix? Here's . (Disclosure: TV Guide is owned by CBS Interactive, a division of ViacomCBS.) 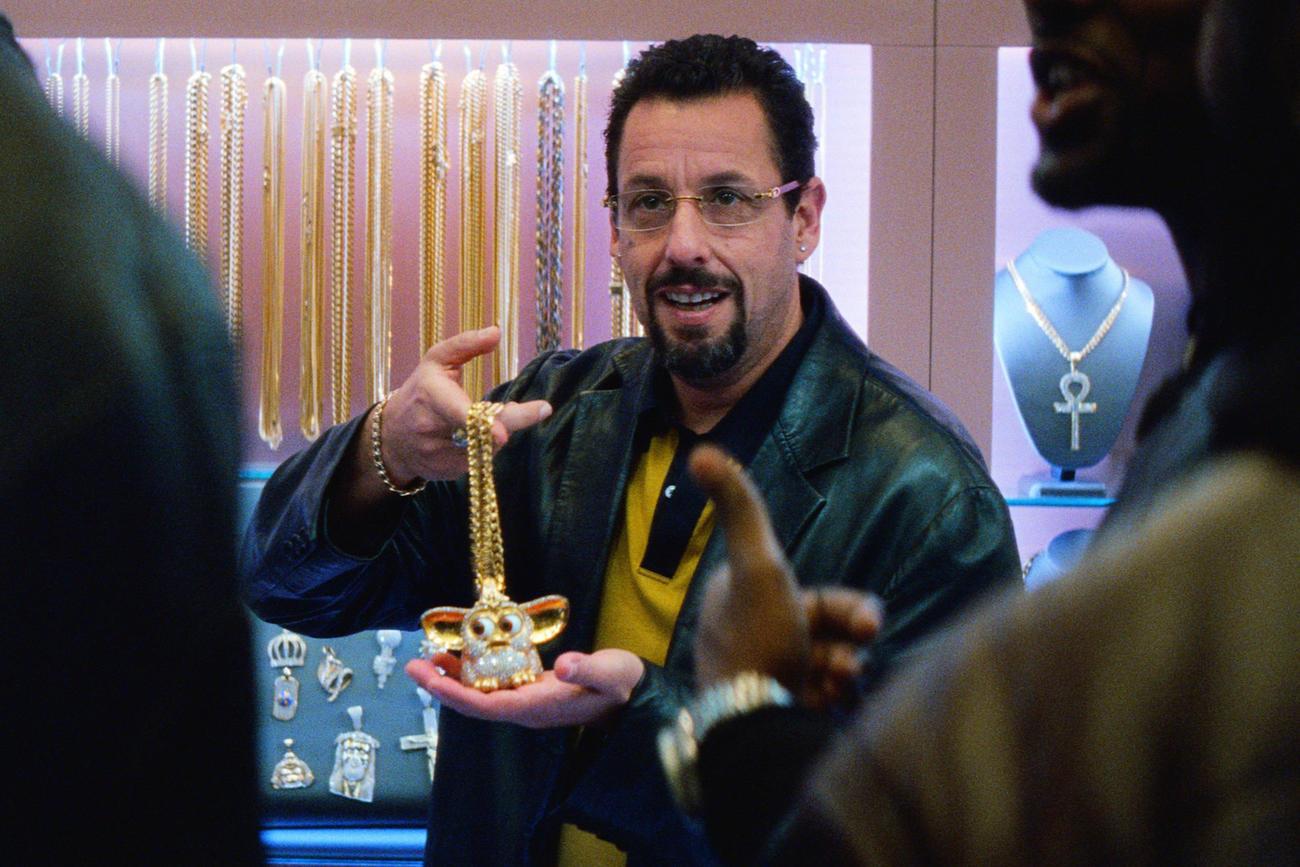